Ultimate List of Celebrities Who Died Without an Estate Plan (2022)

Over and over, we read the stories of celebrities who died with an estate plan. Whether it’s wills, trusts, or co-ownership agreements, you’d think that these people will have something ready when they pass away. This makes the news of celebrities dying without a will so much more shocking. Over and over, we read the stories of celebrities who died with an estate plan.

Whether it’s wills, trusts, or co-ownership agreements, you’d think that these people will have something ready when they pass away. This makes the news of celebrities dying without a will so much more shocking.

Estate planning is an important step in your life as it settles all the details of the property you’ll leave behind. Without a will, you’re leaving discord and chaos even before you even get buried in the ground.

This is a list of celebrities who died without an estate plan and everything became a mess for their loved ones.

One of the biggest mystery deaths among all celebrities is Tupac Amaru Shakur from Los Angeles. He’s listed as one of the most influential rappers of all time and known to have one of the most successful estates after death.

He’s not known to have saved for retirement but had a decent amount of assets at the time of his death.

After Shakur died in 1996 when he was shot four times at a red light, it was found that he passed without a will. After his death, his mother, Afeni Shakur, established herself as the sole heir and administrator of his estate.

He had a sizable estate after his death but also left a complex web of financial dealings, as well as posthumous albums.

Afeni had to handle all the complications left to her by her son, as well as pay off any and all his obligations to other people. His biological father, Billy Garland, also tried to sue Afeni for half of Tupac’s estate but eventually lost his claim.

One of the most recent celebrities who died without an estate plan was Chadwick Boseman, famous for his role as Black Panther in the Marvel Cinematic Universe. Boseman’s life was colorful, being a great dramatic actor for many years.

As the years went by, his major break came with his role as the king of Wakanda.

In 2016, Boseman was diagnosed with Stage 3 colon cancer, battling the disease until his passing in 2020. What shocked many was Boseman’s lack of a will, even as he battled cancer for three years.

The ill-prepared Boseman left a problem for his widow, Taylor Simon Ledward, as she had to fight to become administrator of his estate.

Ledward filed probate documents to regain control of his estate, most of which is listed to have been around a million dollars. Though not as big an amount as the others on this list, it begs to question the need to prepare for your eventual passing.

Even the king of Wakanda and star of “42” had enough time but was ill-prepared for his passing.

Another person who tried to age in place but failed to plan his estate’s future is Marvel Comics legend Stanley Lieber, also known as Stan Lee. Almost everyone on the internet knows who Stan Lee is, famous for being the co-creator of comic book heroes like Spider-Man, Iron Man, The Incredible Hulk, and The Avengers.

Stan Lee left one of the biggest and most controversial webs, so much so that his story became a cautionary tale among estate planning attorneys everywhere. Among the many issues, people were not clear whether Lee left a will or a trust.

Well into his incapacity, people have tricked him into signing away his estate, including his name and likeness.

By his death in 2020, his wife of almost 70 years was already dead for three years. Most of his estate, valued at around $50 million, went to his daughter, J.C. Lee, who reportedly had a falling out with her father years before.

Whether Lee intended that or not, he did not prepare his estate enough for his eventual incapacity and death.

Princess Diana is one of the names you wouldn’t think would not have had an estate plan. The People’s Princess was famous for being the wife of Prince Charles, supposedly the Crown Prince of the British Crown.

After a very public divorce in 1996, Diana died in an unfortunate accident that took her life and mourned by the entire world.

Diana had a will prepared, which stated her executors should pass equal shares of all her assets to her two children once they turned 25. In addition, Diana bequeathed her 17 godchildren several possessions from her property.

Everything looked smooth until the addition of her “Letter of Wishes”.

The former princess’ Letter of Wishes was a quick amendment to her will, listed to give her godchildren a portion of a quarter of her estate. This could have added up to around 440,000 British pounds sterling, but the issue came from the legality of the document.

Aretha Franklin is one of the most beloved singer-songwriters in the world, known for her vocal jazz, blues, and RnB tunes.

Franklin is famous for her great singing talent, as well as her sweet, realistic, and optimistic attitude. Franklin passed away in 2018 at the age of 76 due to complications from pancreatic cancer.

At the time of her death, many believed that Aretha Franklin was intestate – one without a will. Due to her status, her belongings were divided equally across her four children, including her child with a disability.

Her will letters were eventually discovered, but those did not suffice to detail her estate.

Franklin’s wills, all three of them, were handwritten and unauthenticated. These letters contained several provisions, including special care for her son, Clarence, but did not outline who will inherit her estate.

A year after her death, her family is still in argument, including requesting the invalidation of her handwritten letters.

The Bottom Line For Celebrities Who Died Without an Estate Plan

There are many more celebrities who died without an estate plan, including the likes of Michael Jackson, Prince, Sonny Bono, and even John Denver. It’s hard to underscore how important it is to plan your estate.

Estate planning is not only about choosing who gets your assets upon your death. It prepares the right language to make sure everyone you intend to benefit from your estate will get their dues. Be better than these celebrities.

You don’t need to be a celebrity to benefit from planning for your estate. We all have people and things we care about and wishes we would like upheld.

The purpose of this article on celebrities who died without an estate plan is to show real life examples of the consequences of not planning.

This post was written by Sophia Young. Sophia recently quit a non-writing job to finally be able to tell stories and paint the world through her words. She loves talking about fashion and weddings and travel, but she can also easily kick ass with a thousand-word article about the latest marketing and business trends, finance-related topics, and can probably even whip up a nice heart-warming article about family life. She can totally go from fashion guru to your friendly neighborhood cat lady with mean budgeting skills and home tips real quick

This article was written by a non-attorney and is for general information purposes only. 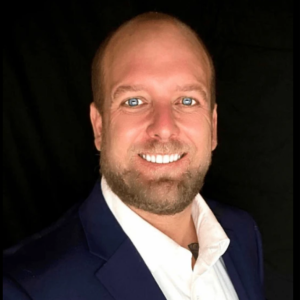 Attorney Matthew W. Odgers is a partner and co-founder of Opelon LLP, a firm based in San Diego, California that focuses its energy on Estate Planning, Trust Administration, and Probate

The HIPAA Authorization and its Essential Role in Estate Planning (2022)

What is a California Revocable Living Trust and Who Needs One in 2022?

PrevPreviousThe Ultimate Guide to Surviving California Probate (2023 Update)
NextWhat is a California Revocable Living Trust and Who Needs One in 2022?Next

Call for a Free Consultation

The HIPAA Authorization and its Essential Role in Estate Planning (2022)

What is a California Revocable Living Trust and Who Needs One in 2022?

Ultimate List of Celebrities Who Died Without an Estate Plan (2022)

Ⓒ 2022 - Opelon LLP | All Rights Are Reserved | This Website is Attorney Advertising and For Educational Purposes.
No attorney client relationship is intended without a written fee agreement and retainer.